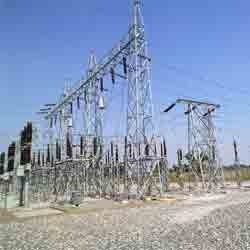 The modern power system of transformers and lines that brings electricity from the generators at a power plant to the outlets at homes or offices is extraordinarily complex. There are dozens of possible points of failure, and many potential errors that can cause an uneven power flow. In our country’s system of electricity distribution, power surges are an unavoidable occurrence due to lack of proper maintenance. Under these circumstances, a certain condition may occur anytime causing a network component to shut down, resulting current fluctuations in neighboring segments of the network that could lead to a cascading failure of the entire electrical grid system in the country.

This is exactly what happened after mid-day on Sunday, 13th March 2016, there was a huge explosion in one of the 30 year old main transformer at Biyagama 220 kV Grid Substation. It resulted in tripping few main transmission lines connected to the substation. The fluctuations caused a back surge at the three generators of Lakvijaya Coal Power Plant in Norochcholai, which were not ironed out causing a knock on effect to trip few more transmission lines, ending in a country-wide outage.

Though the power distribution systems are designed to be resistant to this sort of cascading failure, there was no short-term economic benefit to Ceylon Electricity Board (CEB), the owners to prevent such rare large-scale failures. It appears the tendency was to let the resilience of the network erode over time, and correct it after a major failure had occurred. A low maintenance procedure may have been adopted for two main reasons. Firstly, that most of the transformers are located in remote areas and special attention cannot be given to its operating conditions. Secondly, there is a shortage of maintenance personnel working in the CEB.

This is understandable for the financial performance of Ceylon Electricity Board (CEB) has come under increasing strain in the past years due to the historical fact that the electricity tariffs have not kept pace with the rising costs. Being a public utility, CEB has to meet its obligation of providing uninterrupted electricity supply to consumers, often relying on emergency power at exorbitant prices. This explains why the Chairman of CEB was willing to relinquish his post over this fiasco over the weekend. As the power failure situation was caused by many factors, the Minister in charge did not allow the Chairman to resign, instead has initiated a top level investigation to find the causes for the power failure.