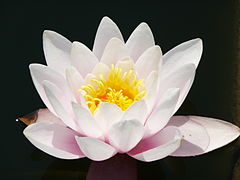 Lotus symbolically represents karma in many Asian traditions. A blooming lotus flower carries seeds inside itself while it blooms. Seed is symbolically seen as cause, the flower effect. Lotus flower is considered as a reminder that one can grow, share good karma and remain unstained even in muddy circumstances. A good action or intending to do well creates good karma; while a bad action creates bad karma, as do bad intent. The definition of karma theory is that which explains the present circumstances of an individual with reference to his or her actions in past. The law of karma operates independent of any deity or any process of divine judgment.

The present circumstances of the people of Sri Lankan is due to bad karma they have earned no matter where they live north or south, east or west, which ethnicity they belong or religious faith they hold having their own karma precepts. Today we are witnessing the effect of the collective karma of Sri Lankan people. The people were disillusioned by the past rule that they voted in a new regime and expected good governance under this administration. But what people don’t seem to realize is that the new National Government is like the lotus flower and the administration it inherited has not changed the muddy circumstances still remains.

As people no matter where they lived in the country, for decades have tolerated without objecting to all the wrong deeds of the state and youth who fought them on three occasions all in the name of liberation.  It is therefore no good blaming others for the resulting bad karma people have inherited due to their inaction to curb the bad actions or wrong intents of those who then ruled us.

Only option Sri Lanka now have is to do well by supporting the National Govenment and speak up when anything wrong is done by the them to earn good karma for all; that will make the country a better place for all to live.