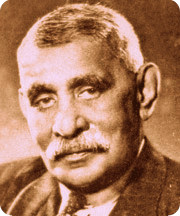 Don Stephen Senanayake was the first Prime Minister of Sri Lanka, who emerged as the leader of the Sri Lankan independence movement that led to the establishment of self-rule in Sri Lanka and today as foreseen by him the country has real problems on many fronts. In his inaugural address to the nation in 1948, he said “The independence we won would be a reality only when the people are ready to safe-guard their newly won rights and responsibilities. By gaining independence, we have seen the end of a struggle, but it would be the beginning of another struggle which is mightier and challenging than the one just concluded’. How correct he was, for “being ruled and to rule” are not the same and it’s unfortunate that the well-defined path for good governance shown peacefully seventy years ago in the first constitution of this “Father of the Nation” has not been adopted by the rulers who followed him and has taken the country to very nearly a failed state. Today the people have  gone to the extent of airing the internal problems internationally through the UN Human Rights Council (UNHRC) in Geneva, Switzerland, an act equivalent to washing their dirty linen in public for it can be seen or heard by the whole world. The present bulk of law makers in parliament less qualified than the average people they represent; by their inaction have been forced the doors to be kept permanently opened for external interference with the new resolution on the country that would give another two years to implement its commitments. Failure to do so will only give way to more external interference a point to note by ‘the rulers as well as the ruled’.

The external interference is nothing new to Sri Lanka and the UN Human Rights Council (UNHRC) in Geneva, Switzerland was forced to interfere after United Nations (UN) and European Union (EU) had received complaints of gross human rights violations that actually occurred at the end the civil war in 2009 and beyond during negative peace years. The UN Secretary General promptly appointed an advisory commission to inquire into the matter, who issued a report to him in 2011. Following the report UN Secretary made a special visit to the country saw firsthand at ground zero and reviewed the matter with the then government, who assured him that the human rights of the people would be protected, reconciliation done and there would be accountability to redress wrongs of the past. As negative peace years rolled on and as no progress were made on human right issues, the grievances of the affected Tamil speaking minorities were left unattended. At this point the Tamil National Alliance (TNA) made representations on behalf of the most affected Tamil speaking minorities compelling for closer scrutiny by UNHRC. Thereafter intensity of external interference increased, causing USA to consult TNA on the matter and submitted the first resolution against Sri Lanka in 2012 at UNHRC. As there were no positive response from government of Sri Lanka in 2014 UNHRC resolved to conduct an inquiry and appointed an international commission; but before its report was to be released a change of government took place in Sri Lanka in 2015. At the request of the new government the release of the report was delayed and in 2016 the new government made fresh commitments to them and co-sponsored the present resolution of UNHRC. Though the new government has made progress on many areas in comparison to the negative peace years period between 2009 and 2014 under the previous regime; yet much of the matters related to the grievances of the Tamil minorities are still left unresolved; it is a cause for concern and grave issue to the affected people.

Sri Lankan government with its supporting countries is to present at the 34th session of UNHRC this week a new resolution on the country that will give another two years to implement its commitments made to UNHRC in 2015 to promote truth, justice, reconciliation and accountability in Sri Lanka to redress wrongs of the past by protecting the human rights to ensure that similar lapses are avoided in the future. At the same time there are many civil groups who are lobbying on behalf of Tamil speaking ethnic minorities who have lost their rights due to the civil war, are calling for foreign judges to get involved in the judicial proceedings to look into the human rights violations and some of these groups have gone even further to call for the matter to be taken to the International Courts for investigation by the UN. Bitter Truth is with the introduction of the preferential voting system the Parliament is loaded with lawmakers, who are less qualified than the average people they represent; therefore it would be too much to expect them to first understand that these calls in Geneva are events unlikely to occur under the present global arrangements. The present leadership of the government and TNA most involved in the drama have made an attempt to explain it all to get the people ready to safe-guard their rights and responsibilities, the extreme elements in the parliament and outside with a view to win the next elections are spreading false tales to the people. But the law makers must realize there is no way they can continue to allow people to wash the dirty linen in international arenas as seen last week in Geneva; sooner they support the government to address the grievances of the affected Tamil speaking minorities and general matters related to human right issues the better for the country as a whole.

This Geneva episode is only harmful to the country, with many different representations being made at the 34th session of UNHRC, it is interesting to note a resolution co-sponsored by Sri Lanka are being intervened on behalf of different ethnic minorities, women and a delegation on behalf of the armed forces is like washing the dirty linen in public, that only clearly demonstrate that the government remains ignorant to the woes of the citizens. The government delegation should have adequately represented the interests of all these groups in Geneva before co-sponsoring the resolution for its citizens. True there is a difference under the new government in that the above issues are being accepted as the truth and there is certainly a willingness to address them in full; gone are the days when activists lobbying in Geneva for the rights of all Sri Lankans, whatever their ethnic origin were threaten by the state forces. This transparency and freedom of expression is surely one of the reasons why Geneva is softer on the Sri Lankan government today, compared with that darker past; one thing is for sure having allowed foreign intervention, it will continue to be in one form or the other until the whole matter gets resolved; sooner the better for the people in this tiny island, once called pearl of the Indian Ocean.