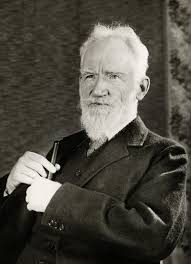 In the past few weeks, two very able and young northern politicians in M.A Sumanthiran and Gajen Ponnambalam, appearing on a local TV talk show gave their views on current political situation to resolve the issues of the Tamil speaking minorities directly impacted by the war. At a time, when the Tamil speaking communities have grown to mistrust the Sinhalese community and vise-versa, in particular after the brutal three decades of civil war; so much so the Government of Sri Lanka (GoSL) is still carrying the same strength of security personnel in peacetime as during the war. A most stupid consequence of this mistrust is that no leader has the backbone to resolve; as the result the country in a bloody mess, that the governments are not even capable of disposing its garbage properly.

Earlier, TNA spokesman Sumanthiran, was accused of soft paddling with the stubborn Sinhalese rulers; failing to highlight in Geneva of the sufferings of the Tamil people in the concentration camps and slums in Sri Lanka from 2012 onward; while some impatient Tamil politicos had accused him of assisting GoSL to obtain the two year extension to implement the UN Resolution 30/1. Without fully knowing the ground realities people may shout, curse and blame TNA; but if the TNA elected representatives had made mistakes, they need to know and this was made clear by Gajen Ponnambalam at the discussions. These discussions were therefore timely for TNA and Sumanthiran in particular, who took pain to clarify many matters and it did enlighten the general public on what is happening. It would be useful if more such discussions are held in the future to enable the Tamil representatives to learn what may have led to those mistakes (if any) and how to do things better in future; for it is clear TNA leadership needs to develop this capacity to respond to the feedback given to them about themselves free of arrogance. There is absolutely no shame in being able to admit that they made mistakes, it is quite the opposite; it shows real strength of character. Very clever people make ‘stupid mistakes’ – it is part of being human and TNA leadership has made some stupid mistakes in the past that has kept talented young politicians like Gajan out of their camp; and there are few other young talented politicians of both sex who needs to be brought in to the parliament in the future.  TNA leadership should say “Okay, it happened for the time being, we need to focus on making things better! The other day, R.Sampanthan as the Opposition Leader appealed to the nation to help the victims of the Methottamulla Garbage Disaster and expressed his condolences to the kin of the victims and was saddened that the routine lives of hundreds of families were disrupted. It is normal for human beings to feel sorry of any victim affected by disaster or war in any part of the country and R.Sampanthan as opposition leader did that; unfortunately some Tamil politicos not in parliament had accused R.Sampanthan of not expressing a single message of sympathy for the kith and kin of the made to disappear Tamils, although they had been continuously protesting for more than 50 days. Therefore without solution in sight for the missing people, land grabs and many other issues, there are many protests by the affected people. But no sane Tamil wants TNA to resign, even though it may appear they have failed in their duty as elected representatives of the people; but telling TNA that they “always do everything wrong!” is not feedback; it’s just abuse, which does not resolve anything, no matter  who is doing it.

At present countries are using Sri Lanka’s weakness to their advantage, with all the interferences and it is time for all Sri Lankans to unite and put a stop to all such interferences. The million dollar answer is for GoSL to first get rid of the ethnic problem once and for all; at a time all the minorities are asking is to “Live and let Live”, nothing more nothing less. Thereafter, it would be the social responsibility of any government in the country to introduce English in every secondary school in the country for the sake of the rural youth, to give them an equal opportunity in life. The two native languages and the religions practiced in the country will take care of itself even with the present constitution with all its amendments implemented properly. It is the economy that is in bad shape, worse than it is made to appear and needs to be uplifted and to be in the global market English is a must and only then the country will come out of the rot by 2030; unless we want to continue looking for favours from nations and wait for more garbage dumps to get rid of the poor people, to enable the rulers and the rich to continue enjoying the wealth of the country.

Life is full of people who take emotional shortcuts and blame other people unfairly or aggressively. The pill can be bitter to swallow sometimes, but it can do us an awful lot of good and give a chance to maintain humility and perspective to go ahead and lead a more effectively life. Blaming doesn’t have to mean ‘punishing’. If you are big enough to realize when you have made a mistake, you can admit it and then find ways, if possible, to make things better. As responsible people, Tamils need to continue supporting TNA for the next two years and guide them with regular feedback to keep them on track, that’s all it takes and all they can do. As per Bernard Shaw’s quote Tamils should without blaming their circumstances for what they are; get on and look for the circumstances they want with TNA, or make them by sending able persons to represent them in the next parliament.