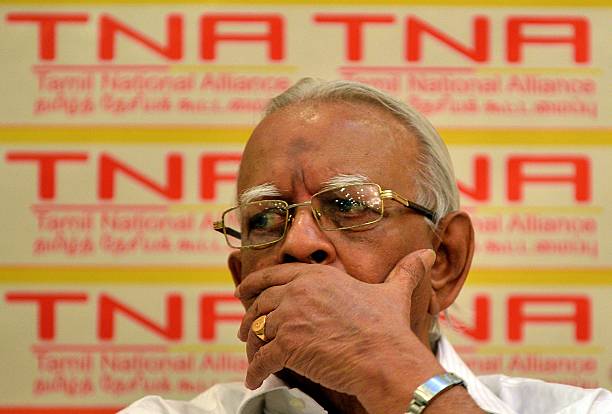 The law makers had once again acted unethically inside the parliament as many times in the past three years and these episodes confirms once again the need to weed out the corrupt lawmakers to enable the parliament to function properly; as said many times in Northern Breeze, it is up to the people to grab the opportunity and vote in only those politicians who realise the pulse of the people; to reform their political parties as majority of the present countrywide law makers are corrupt and warm the parliamentary seats for power and perks. The Unity Government was never united from the start, with dominant United National Party (UNP) underestimating capabilities of its political opponent, the Sri Lanka Freedom Party (SLFP) with higher share of average law makers, who retaliated back to make life difficult for coexistence to finally ruin it. Thus the Unity Government failed to accomplish what they were elected for, be it to curb the corruption prevailing in the country; resolve the ethnic problem to bring about permanent peace to the people and more so those affected by the crude civil war; last but not least to bring necessary reforms to get the country on track for economic recovery. Whereas UNP as the Grand Old Party should have assumed that their opponents, SLFP was smarter and that would have kept them on their toes, but they were sloppy and made many wrong moves in the three years and were unseated by the President. It was this act of the President that caused the current instability in parliament and the clowning acts by some members of the new government were shocking to say the least; the parliament concluded its sessions with the Speaker putting to test the no confidence motion against the new Prime Minister under most unusual circumstances.

With President of Sri Lanka confessing that there were incidents that had occurred during the civil-war, as well as after the conflict not related to war impacting the Tamils, which should not be forgotten. The Tamil National Alliance (TNA), is one of the leading minority political party that represents the Tamil communities living in the North and East provinces of the country is an alliance of the All Ceylon Tamil Congress (ACTC), Eelam People’s Revolutionary Liberation Front (EPRLF), Tamil Eelam Liberation Organization (TELO) and Tamil United Liberation Front (TULF) formed in October 2001 to contest the 2001 parliamentary election on a common platform. Earlier prior to foreign rule in Sri Lanka, sovereignty was derived from the people, the land, and their relationships for both Sinhalese and Tamils had their own form of government; Tamils in particular had their own legal codes still in practice is ‘Theesavalami’ that is written into their own documents, their own stories, their own practices. Appreciating this at the time of independence the British as the last colonial ruler, based on the notion that democracy is about the rule of majority and the government should stand for and do what the majority wants had deliberately included into the first constitution specific clauses to safeguard the interest of the minorities Tamils. Yet successive rulers failed to grant Tamils their sovereignty, first ignoring the protective clauses in the constitution; even worse the sovereignty of the Tamils was not defined in the republican constitution and it was this that caused the struggle; forcing amendments to be made to the present constitution as a remedy; but were never fully implemented and the struggle continues to date. The TNA opted to be with the ruled class in the country and kept a low profile during the dark days of the civil-war supporting the struggle to preserve the sovereignty of its people, wanting all rights as citizens in the country.

At the 2001 parliamentary election the TNA, won 15 out of 225 seats in the Sri Lankan parliament; but supporting the “freedom struggle” caused a split within the TULF, whose leader moved out with some members and refused to allow the TNA to use the TULF name during the 2004 parliamentary election. This caused the members of TULF who remained with the TNA to resurrect the Illankai Tamil Arasu Kachchi (ITAK) political party. At the 2004 parliamentary election the TNA, contesting under the name and symbol of the ITAK won 22 out of 225 seats in parliament. When the civil war ended in May 2009 with United Nations reporting that many thousands of civilians may have been killed in the final months of the civil war, with widespread allegations that both sides committed atrocities and human rights violations including war crimes. The TNA was consistent with its campaign for an independent international investigation into the alleged war crimes; yet at the 2010 presidential election dropped its demand for a separation. Instead advocating a federal solution with significant devolution and re-merger of the Northern and Eastern provinces, TNA supported the common opposition candidature of former Commander of the Sri Lanka Army, who did play a key role to end the civil-war. This caused ACTC along with two TNA members to leave the alliance to form the Tamil National People’s Front (TNPF). At the 2010 parliamentary election the TNA won 14 out of 225 seats in parliament and at the 2013 provincial council election, the TNA secured nearly 80% of the votes, winning 30 of the 38 seats to take control of the first Northern Provincial Council and with two TNA provincial councillors appointed to the Board of Ministers by joining an all-party provincial government shared control of the Eastern Provincial Council confirming their dominance in both provinces.

At the 2015 presidential election the TNA supported common opposition candidate, a senior most government politician, as the acting Defence Minister for two weeks during the final phase of the war in May 2009 to get him elected as president to form the national unity government, but chose not to join the new government, saying that, a political solution must first be found to address the grievances of its people before the TNA would consider joining the government. The TNA however was represented by its leader on the National Executive Council and supported the government’s policies for political reforms. At the 2015 parliamentary election the TNA won 16 out of 225 seats in parliament and after the election its leader was recognised as Leader of the Opposition in parliament.

Tamil National Alliance (TNA) having expressed its willingness for a political solution within a united country, should grow out of their negative mindset with the claim of being the sole representatives of the Tamils. Sadly, it was expected that TNA would vote for the no confidence motion, it failed to guide the opposition to follow the parliamentary procedures on the matter, instead moved with the tide. Whereas  the Leader of the Tamil National Alliance (TNA), who as a veteran law maker and the Leader of Opposition should have objected to the proceedings; instead he took upon himself to announce that the no confidence motion was passed in the legislature against the new government; was a sad day for parliament democracy. The supporters of TNA must review their law makers too, as they prepare for the next general election in 2020 and time is ripe for TNA leadership to understand the pain its people had suffered by the struggle and despite the damages caused over the years by majority ruling class; need to get out of petty politics of not working with other political parties representing Tamils and start working for the benefit of the people. TNA leadership must take the present episode as a wake-up call and work more than ever to work on its alliance to win more seats at the 2020 election. To that effect TNA should resolve the issues of their people with the ruling class in particular to confirm preservation of the sovereignty rights of the Tamils into the constitution and push the ethnic problem once and for all into history.